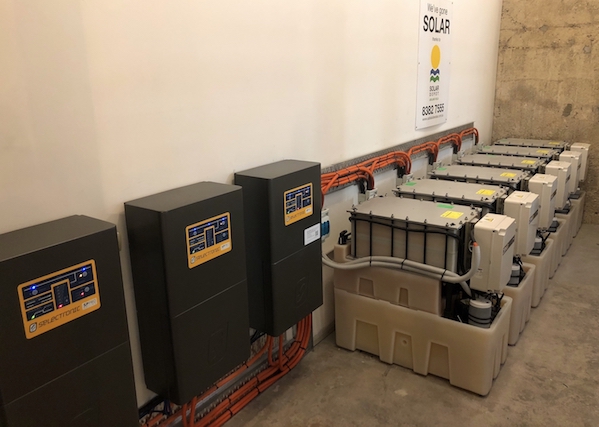 Award-winning architecture firm Williams Burton Leopardi has deployed a scalable energy storage system based on Redflow’s ZBM2 zinc-bromine flow batteries to guarantee energy supply for its newly renovated Darling Building in central Adelaide. With the local electricity grid incapable of supplying the building’s peak power needs during summer and facing hundreds of thousands of dollars in extra costs to use natural gas, Williams Burton Leopardi has successfully deployed six ZBM2 batteries to store off-peak power and feed it into the building when required.

Redflow’s ZBM2 zinc-bromine flow batteries have solved the problem of insufficient energy supply that was holding back a $4 million renovation of a heritage-listed building in central Adelaide.

After architectural firm Williams Burton Leopardi bought the derelict 1916 Darling Building, largely neglected since the 1960s, they learned that the planned peak energy demand for the renovated building would require more electricity than the local power grid could supply. The peak power draw during summer was calculated at 290 amps – whereas SA Power Networks could initially supply only 150 amps, although this was later revised upwards to 200 amps.

Williams Burton Leopardi director David Burton said many solutions were so expensive they would have made the renovated building commercially unviable. “We didn’t have the space in the building for a transformer; gas would cost us hundreds of thousands of dollars and ‘winging it’ was not an option,” he said.

“During a conversation with Simon Hackett, who was a client with his Base64 redevelopment, he said ‘you need a battery as a peak management system’. When we looked at it, it stacked up, so we went with a scalable energy storage system based on Redflow batteries. We have six ZBM2s now, but we can scale the system to 12 or even 18 batteries if we require them.

“The main purpose of the system is to ensure that the batteries can supply energy if the building’s demand outstrips the grid’s supply capacity, so it is primarily a peak management methodology. But they are also configured to buy power at low demand times to recharge the batteries and when power spikes past a certain price, they dribble energy into the load to manage that spike down.”

The award-winning five-storey renovated Darling Building on Franklin Street now has new lighting, air conditioning systems, kitchen facilities and washing machines and dryers on each floor, as well as a fully-rebuilt heritage-listed elevator.

Redflow partner Solar Depot installed the ZBM2 batteries with three 7.5 kW Selectronic SP Pro inverters, delivering three-phase power from the building’s basement. The only notable challenge was gaining fire compliance approval from the Metropolitan Fire Service, which acknowledged that zinc-bromine flow batteries comply with all the relevant building codes concerning fire rating as they do not present the same fire risk as lithium-ion batteries.

Mr Burton said Redflow batteries were uniquely suited for the building’s needs. “For what we want to do, zinc-bromine batteries are ideal,” he said. “ZBM2s can deep cycle without damaging the battery and they embody the concept of simplicity and look quite nice in their rows.

“Lithium-ion batteries would’ve cost us a lot more to completely fire-rate the room because lithium is like putting a bomb in your basement. With the Redflow batteries, we just open the windows and a fan circulates the air.”

Mr Burton described the Redflow-based energy system as an “exciting opportunity” for other building projects. “One battery system could support several buildings,” he said. “With solar on the roof, you’d get a lot of power in, so it could operate as a mini storage facility and power station – if the statutory regs allow that kind of thing to start happening.” 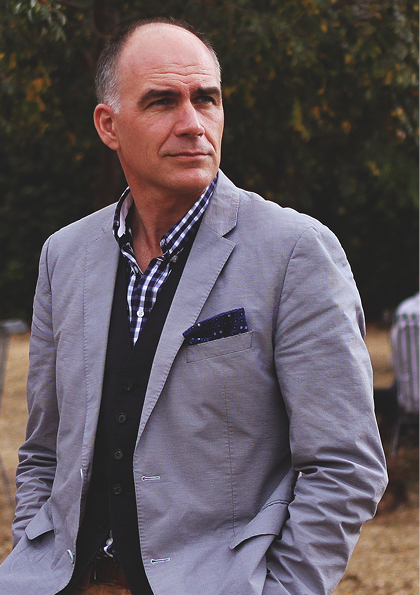 “We do what we can to reduce our environmental impact. This solution is testament to that and is part of our wider journey towards the efficient rollout of broadband connectivity throughout New Zealand."