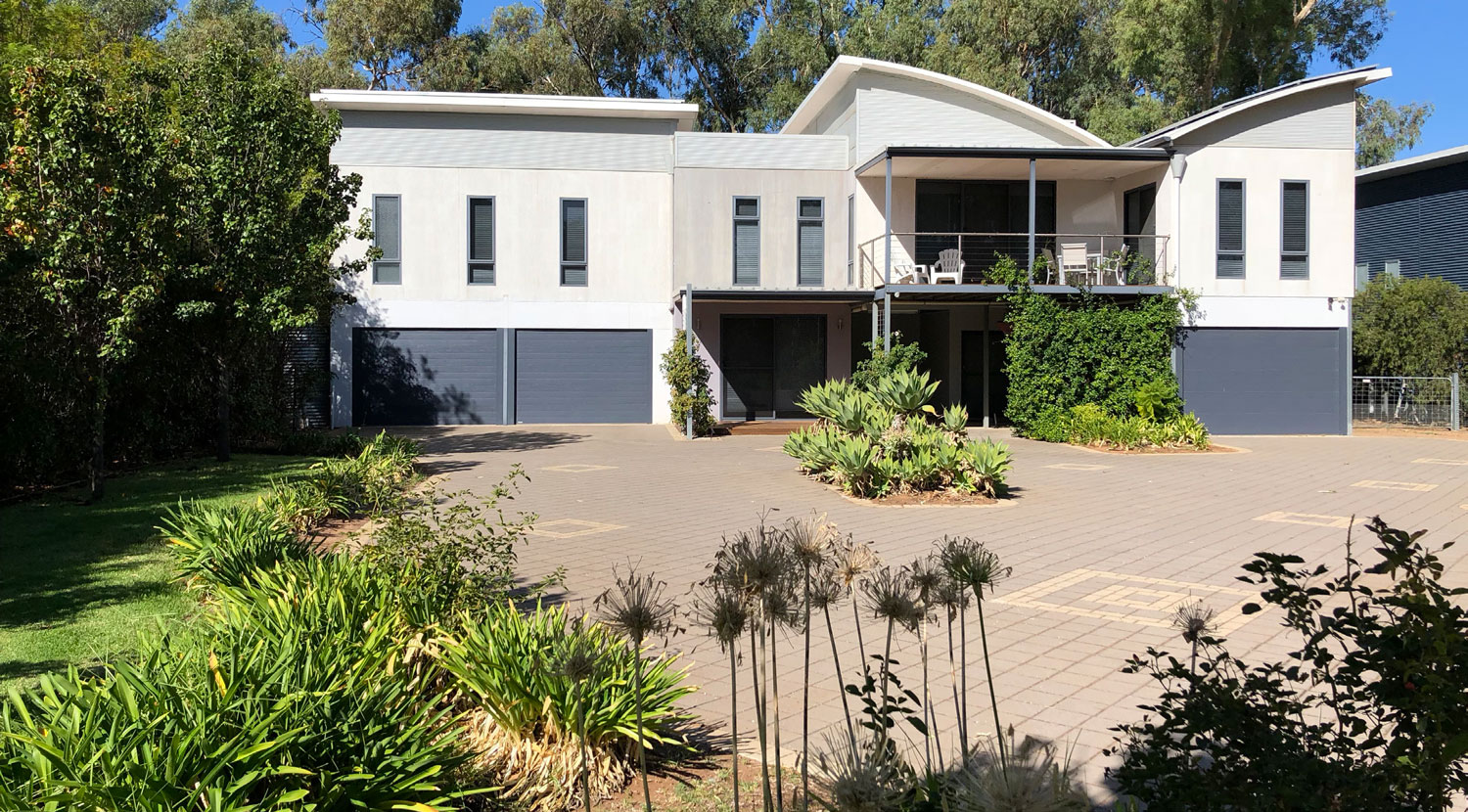 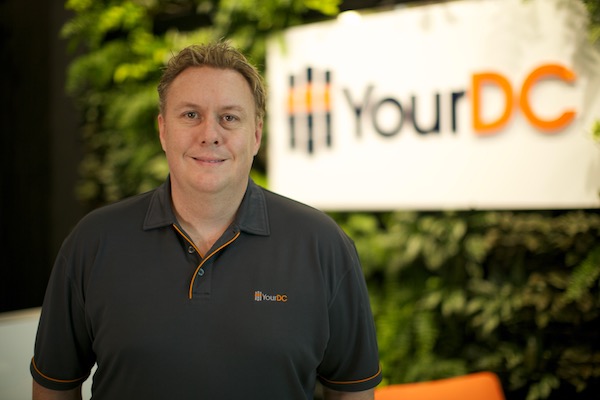 After Scott Hicks bought a holiday house at Mannum, on the Murray River in South Australia, he discovered that it came with huge power bills. The first summer power bill was $1700. Since deploying solar panels and a ZCell battery from Redflow, Mr Hicks has seen his electricity bills go into credit, despite being on a modest feed-in tariff. The ZCell battery also guarantees power supply for the house – which was previously disrupted by a pesky flock of white cockatoos chewing on the incoming powerlines.

Mr Hicks, CEO of private data centre provider YourDC, bought the spacious house at Mannum, a Murray River town 84 kilometres east of Adelaide, as an accessible hideaway from the working week. Located on the edge of town, the 10-year-old holiday house is on the banks of the Murray River, surrounded by gum trees and wildlife.

However, during his first year, Mr Hicks discovered this peaceful repose came a price – the high cost of electricity. “We love it there, getting out in the sun, on the river, on jet skis. It’s a great place to get away,” he said. “But, during the first year, we found that our power bills were huge. Our usage peaked at the most expensive time of day because we had lots of air con running.”

After researching solar panels and energy storage systems, Mr Hicks said Redflow’s ZCell zinc-bromine flow battery stood out. “I decided that Redflow was the far superior option out at Mannum where it’s a couple of degrees warmer than in the Adelaide metro area,” he said. “Unlike standard lithium batteries, Redflow’s ZCells operate at full power in high temperatures. In 10 years, the ZCell will still have a full 10 kilowatt-hours of storage capacity whereas a lithium battery might have only 70 per cent of its original storage capacity left.”

Mr Hicks selected Redflow partner Solar Depot, which operates in SA and NSW, to install 12 kilowatt-peak of solar panels on the house and nearby shed and to configure the battery.

Mr Hicks said the result had exceeded his expectations. “Last quarter we received a credit of $300,” he said. “Even during January, when the house was full, with 46 people staying there on the Australia Day long weekend, I got a credit for $14! Before installing ZCell, our power bill for the peak period was $1700. We went from that to a credit in our heaviest use month.”

When the house is empty, the ZCell-based energy storage system keeps the alarm system and video surveillance cameras operating, the fridges cool and the spa warm. Overnight, multiple pumps water the gardens. The solar panels use harvested energy to power the house first, then charge the battery and lastly feed excess energy into the electricity grid.

Mr Hicks said the property rarely consumed grid power during the week. “We send enough energy into the grid that it subsidises our weekend use,” he said. “We are on the standard AGL tariff, something like 16 cents per kilowatt-hour, so we are sending a lot to the grid.”

Mr Hicks said ZCell had also guaranteed power supply for the house. “We have a swarm of white cockatoos that arrives every night about 6pm,” he said. “As well as making a lot of noise, they cause six or seven power outages a year by chewing on our power lines. The battery keeps the lights on by not relying on the incoming lines. Our house at Mannum is a beautiful sunny spot where family and friends enjoy nature. I can relax about the holiday house running 24/7, all year round, because the ZCell slashes our carbon footprint.” 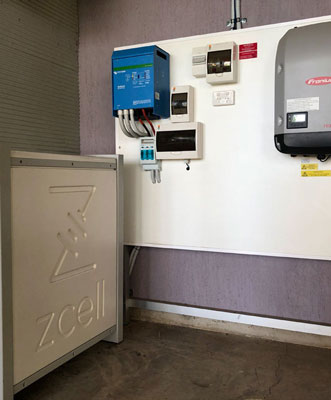 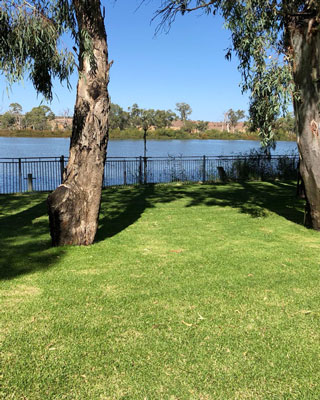 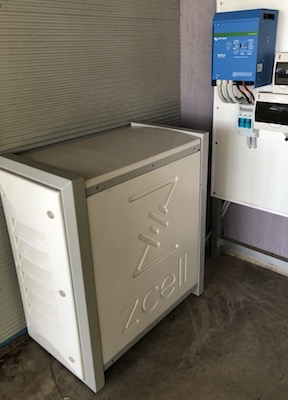 “Before installing ZCell, our power bill for the peak period was $1700. We went from that to a credit in our heaviest use month.”