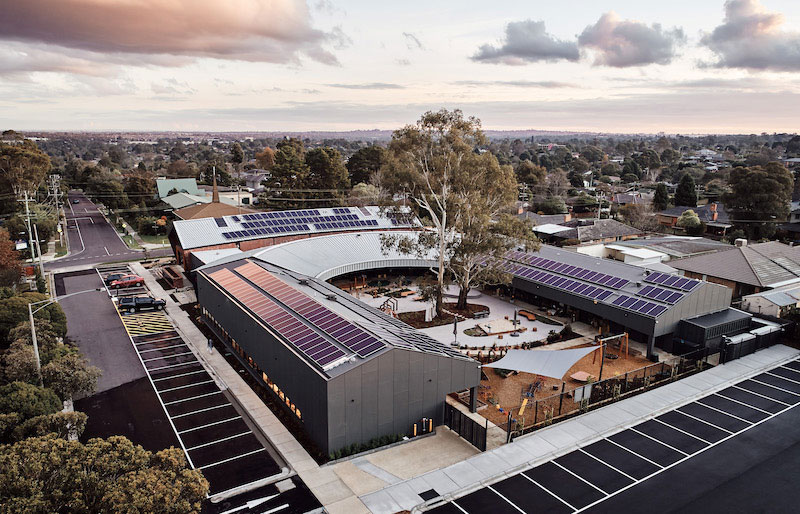 When Knox City Council in Melbourne’s outer east built two state-of-the-art early years facilities in 2018, it designed them to last for 100 years, with leading-edge insulation, power conservation and renewable energy systems that can save hundreds of thousands of dollars a year in energy costs.

As well as 100 kilowatts peak (kWp) of solar panels on the roof of each building, the Knox Children and Family Centres at Wantirna South and Bayswater each contain 18 Redflow ZBM2 zinc-bromine flow batteries – capable of storing 180 kilowatt-hours (kWh) of energy at each site – to ensure its renewably-sourced energy is available around the clock. The installation of the solar array and batteries is anticipated to save Council an estimated $110,000-$120,000 per annum at each facility, delivering an estimated $220,000-$240,000 in total annual savings.

The Knox Children and Family Centres at Wantirna South, which opened in January 2019, and Bayswater, which opened in March, each contain 100 kilowatts peak (kWp) of photovoltaic solar panels and 18 Redflow ZBM2 batteries, storing as much as 180 kilowatt-hours of energy. They also include innovative insulation and thermal sealing to retain heat in winter and cooling in summer.

The performance of the integrated solar panel and battery systems in their first months exceeded Council’s expectations, generating 75 per cent of the power requirements for both of the hubs during winter. The installation of the solar array and batteries is anticipated to save Council an estimated $110,000 – $120,000 per annum at each facility, delivering a total annual saving of $220,000-$240,000.

The Knox Children and Family Centres at Wantirna South and Bayswater are pioneering projects at a number of levels. As well as the high level of energy efficiency and renewable energy integration, the buildings were designed to last for 100 years each – twice as long as the typical 50-year life cycle for most commercial buildings. The solar PV arrays and ZBM2 zinc-bromine flow batteries, designed and manufactured by Australian company Redflow Limited, were installed and configured by Redflow partner: Seven20 Electrical.

Flexibility and economic efficiency were intrinsic to development of both buildings, which were designed as multi-purpose type facilities that can meet changing community needs over the years.

The increasing cost of electricity made energy efficiency a priority for the two centres. This involved a holistic approach to Environmentally Sustainable Development (ESD), which included comprehensive insulation and thermally sealing the buildings with double glazing.

The Council also drew on its extensive experience with solar arrays and battery storage from the past decade when planning to integrate solar collection and storage into these two new hubs. This included the use of lead-acid and lithium-based systems, which have battery chemistries that lose energy storage capacity with use and time.

Council selected zinc-bromine flow batteries to provide energy storage for the two new Children and Family Centres because of their potential for a longer life cycle and their ability to discharge all energy on a regular basis without affecting the storage capacity or longevity of the batteries.

As well as retaining the original 10 kWh energy storage capacity throughout their operating life, other benefits of zinc-bromine flow batteries include a reduced fire risk compared to other battery chemistries and components that are easy to recycle or reuse at the battery’s end-of-life

With estimated energy savings of $220,000-$240,000 each year, Council expects to achieve a payback period of about five years on the solar arrays and batteries at the two new centres. 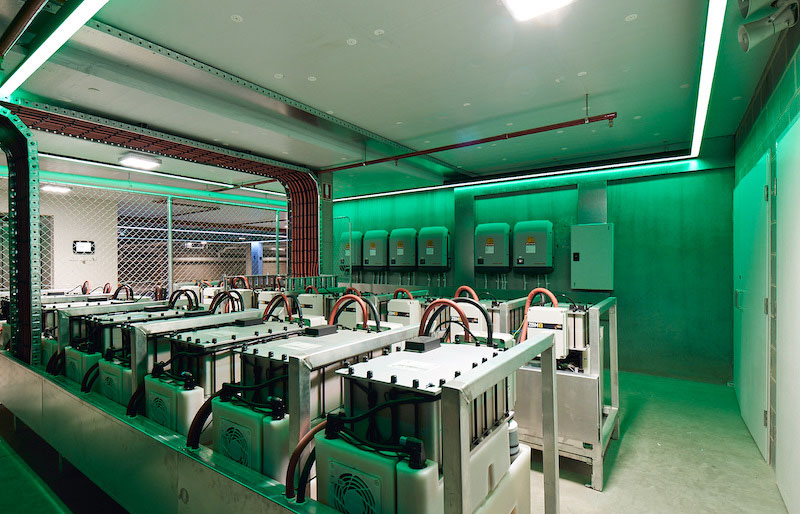