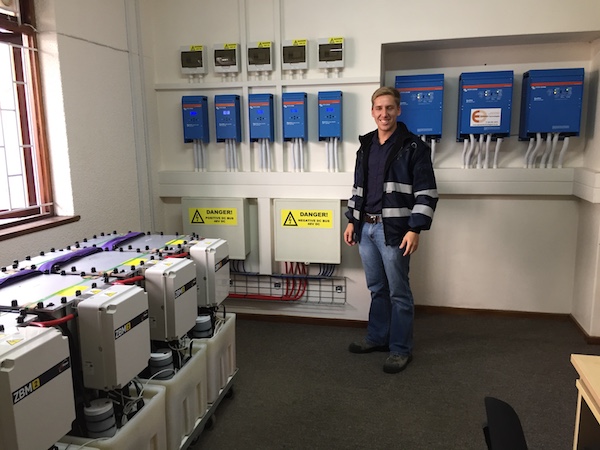 Mossel Bay Municipality provides local government and electricity services to the South African city of Mossel Bay. Since deploying four Redflow ZBM2 batteries to support two buildings that house its Technical Services Department, the municipality has seen the facility become a net exporter of energy to the electricity grid, as the Redflow batteries intelligently store and supply energy generated by 114 solar panels on the roof. This has effectively made these two buildings carbon neutral and provided a model for how this energy storage technology can be used elsewhere in the community.

Mossel Bay Municipality in the Southern Cape province of South Africa has eliminated the carbon footprint of its Technical Services Department buildings by deploying ZBM2 batteries from Redflow.

Installed in late 2016, the four 10 kilowatt-hour (kWh) zinc-bromine flow batteries have enabled the ageing offices to become net exporters of electricity to the power grid through the intelligent storage of energy harvested from 114 rooftop photovoltaic solar panels.

“Now if the sun is shining for 50 per cent of the day for two weeks, we will not touch the grid except to supply energy to it. It is only when there is a series of overcast days that we will use energy from the grid, so we are now a net contributor of energy rather than a consumer.”

Mr Geldenhuys said Mossel Bay Municipality had decided to deploy Redflow batteries to gain experience with energy storage technology. “This is quite a new area for us, so we wanted to get our hands on this technology,” he said.

“We have approved a policy for our consumers so they can use solar to pump energy back into our system, so we decided it would be a good idea to do it ourselves. We have a philosophy that if we put a battery and solar system into our building, we use it to the fullest extent possible.

“We have configured the system so that the building will first draw energy from the solar, and then from the batteries, then pick the grid and, finally, start the generator if none of those is available. We are using the ZBM2 batteries on a daily basis, not just to create a backup system, but to form part of the whole energy system for our office.”

The ZBM2 energy storage system is installed at the municipality’s Technical Service Department office, which employs about 30 people across two adjacent buildings. With extensive use of computers, lighting and airconditioning, the office contains technical staff and a 24/7 call centre. The facility draws about 120 kWh of energy each day, with peak demand of 9-11 kilowatts.

Mr Geldenhuys said he was “more than satisfied” with the service he had received from E-Power Technologies, SSS and Redflow. “If we have a question, there‘s always a very quick response,” he said.

“Also, these Redflow batteries are a clean product. We’ve got the batteries inside our building, two doors down the passage from my office, and there’s no smell and no noise outside the room. So we are very happy with it. We are smiling.”

Mr Snyman (pictured above) said he had received significant interest in Redflow batteries from other businesses in the region because of their unique benefits including 100 per cent daily depth of discharge and their ability to sustain 10 kWh of energy storage capacity throughout their operating life.

To find out more about this Redflow ZBM2, click here﻿ to download our Mossel Bay Municipality ZBM2 case study. 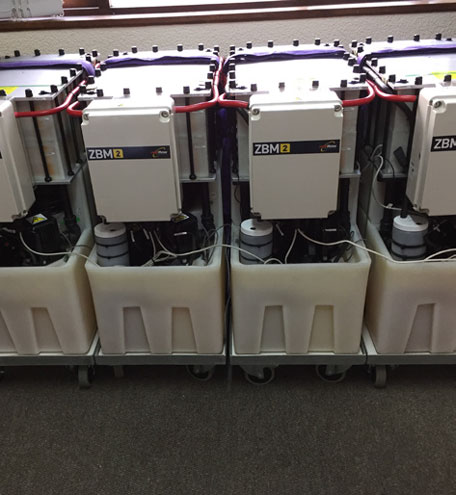 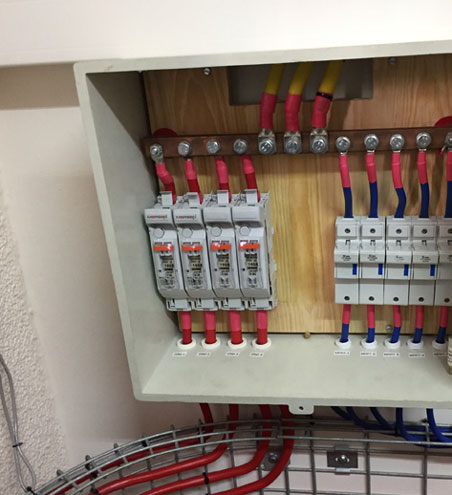 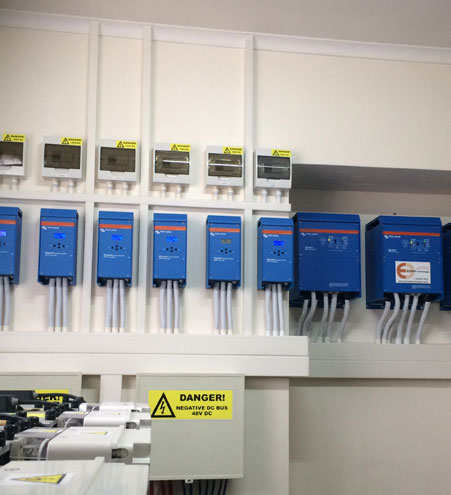 “We are using the ZBM2 batteries on a daily basis not just to create a backup system, but to form part of the whole energy system for our office.”