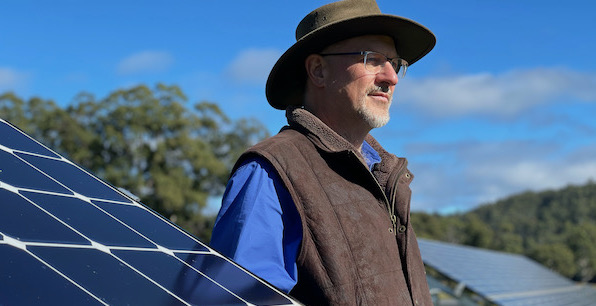 The Vale (http://www.thevale.com.au), a working sheep farm with the largest private runway in Tasmania, is a 73-hectare property including a number of farm buildings and multiple houses.

Simon, who leads Redflow’s software and integration efforts as its Systems Integration Architect, said the system would eliminate grid electricity costs for the property. “The system also gives us energy resilience by automatically switching to off-grid mode during any grid power failures,” he said. 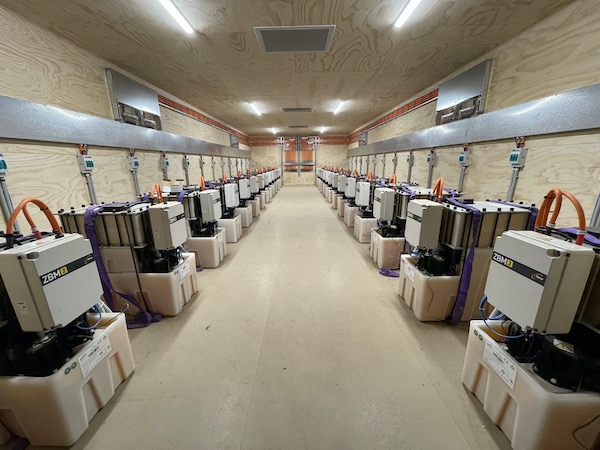 “This has been a huge project, with an extensive design and deployment effort by DMS Energy working closely with me, to create a truly farm-wide sustainable energy system. We expect this system to be self-sufficient, with a net negative energy bill. From now on, the Tasmanian power grid is merely a backup energy source for The Vale.

“The battery array makes extensive use of the Redflow Standby Power System (SPS) mode, allowing batteries to be fully charged during good solar weather days, and to then be ‘hibernated’ with zero self-discharge. During extended overcast periods, the SPS batteries are automatically activated to support site loads instead of using the grid. This unique strength of Redflow’s ZBM2 batteries allows the site to maximise both energy storage quantity and also energy storage efficiency.”

The Vale’s energy storage system is the latest successful rural deployment of Redflow batteries that include a WA stockfeed supply company’s 60-battery Redflow-based system to cut its fuel and energy costs by 80 per cent and a NSW micro-dairy that has deployed a six-battery Redflow PowerCube.

The Vale’s new energy system comprises high-capacity, three-phase power wiring and a multi-gigabit speed single-mode optic fibre network ring, run underground to all buildings on the property. The major undergrounding project included going under a river and beneath the main aircraft runway.

The system harvests energy from the ground-mounted 100kWp solar array. Simon plans to expand this to 200kWp in future to create an energy ‘fuel station’ that will serve electric tractors and other electric farm equipment that will eventually replace its existing fleet of diesel machinery.

Energy is stored in 28 Redflow 10 kilowatt-hour (kWh) ZBM2 zinc-bromine flow batteries which have a total storage capacity of 280 kWh. The system uses a cluster of 12 x 15KVA Victron Quattro inverter/chargers and control systems that can deliver a peak energy output of 180KVA.

The system is expected to generate more energy than the property requires during most of the year, exporting surplus energy into the local electricity grid. While normally grid-interactive, the system can switch automatically and seamlessly to ‘off-grid’ mode any time the grid is not available. The solar array remains fully operative in off-grid mode, able both to power the farm and recharge the batteries. 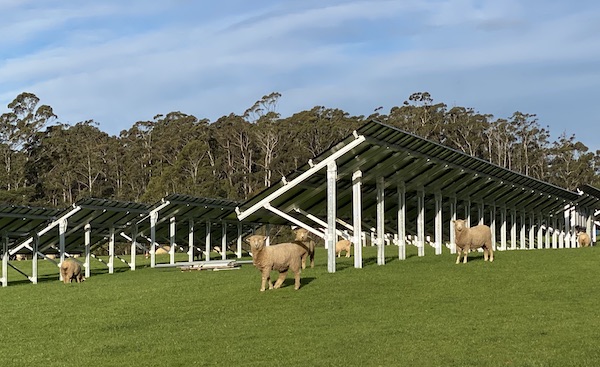 Sheep grazing among solar arrays deployed at The Vale in Tasmania

For media assistance or high-resolution photographs of Simon Hackett and his energy storage system at The Vale, call John Harris on +61 8 8431 4000 or email john@john@impress.com.au.