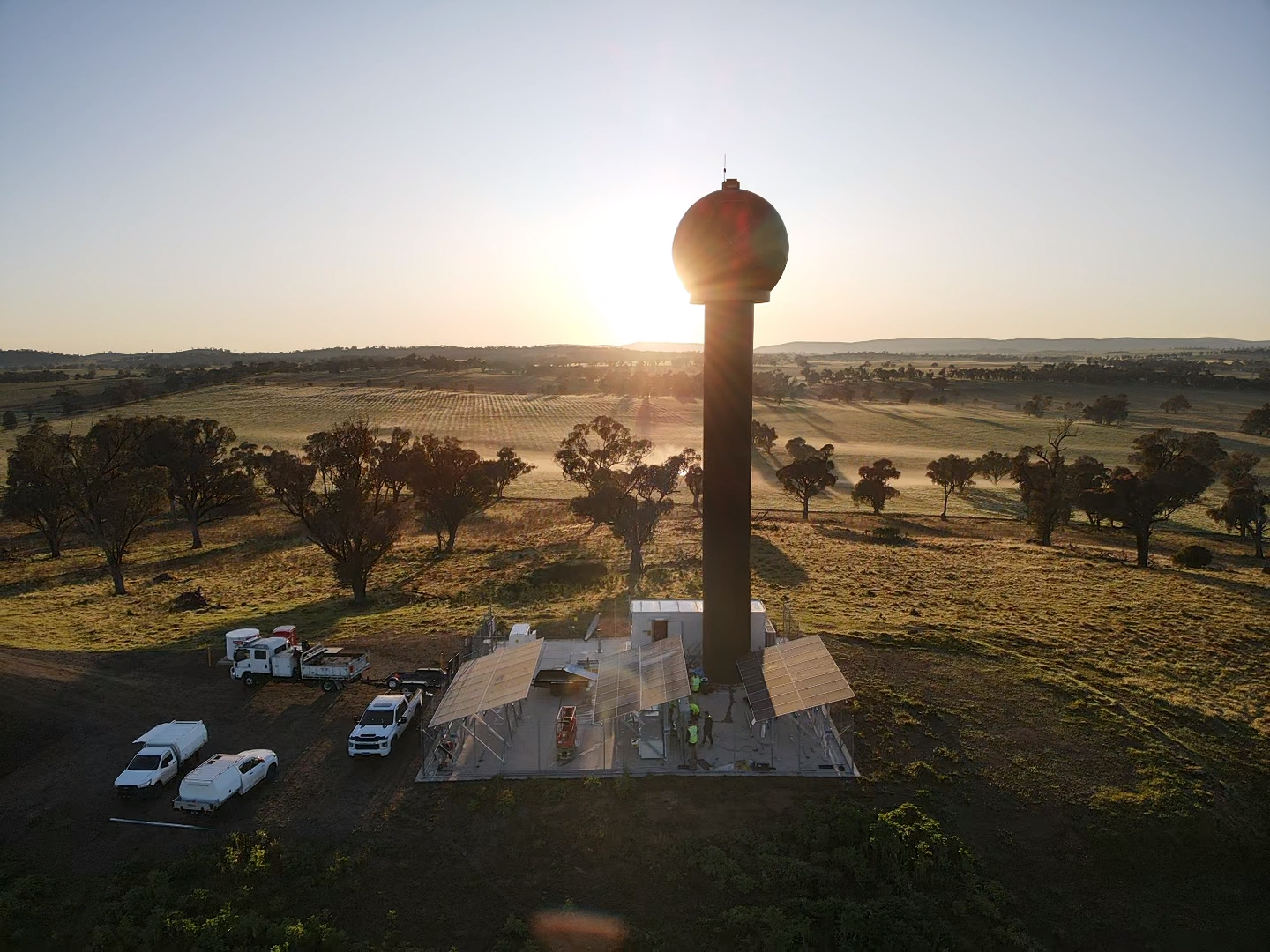 Redflow’s batteries were installed by integration partner, Seven20 Electrical, at three radar locations in Yeoval, Hillston and Brewarrina as part of the BoM’s hybrid solar, battery and diesel solution. Installation of the final system at Brewarrina was completed in January, following delays caused by the extreme weather events in NSW in recent months.

The RHPS at these three sites is designed to improve the reliability of power at these critical infrastructure facilities while simultaneously reducing net emissions and ongoing power costs.

The sites are part of the BoM’s initial pilot program, with the potential for a wider roll out to their remaining national radar locations in the future.

The hybrid system provides integrated renewable generation and battery storage for lower cost power as well as delivering backup power for extended operation of the sites in the event of a grid power failure. Between 8 and 10 ZBM2 flow batteries were deployed at each site and are integrated and controlled using the Redflow Battery Management System which operates with the installed Victron inverters.

The Bureau of Meteorology provides a critical service by issuing early warnings of severe weather events to the Australian public and industry.

Redflow CEO and Managing Director Tim Harris said that as a proud Australian energy business, we are delighted to have been selected as the preferred energy storage solution and supporting critical government infrastructure.

“It was fantastic to be working with our long-time integration partner Seven20 Electrical, and successfully deploying solar and storage to the three sites,” Mr Harris said.

“Redflow batteries are designed for challenging Australia conditions, have a high cycle rate with a medium to long duration profile and with no risk of thermal runaway which makes them the perfect solution for the BoM’s regional radar locations,” he said.

“We look forward to working with the BoM and our partners seven20 Electrical further to explore how Redflow can support the national roll out of the BOM’s RHPS program.”